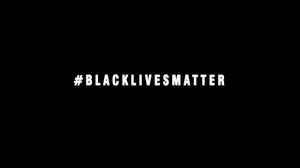 Recently, I’ve posted a lot of links to and “liked” a lot of stories about the blatant racism that has lead to the deaths of far too many people of color. Most of my friends have been supportive. They’ve “liked” my posts or commented in such a way that I know that they understand where I’m coming from.

In the past week, though, I’ve read comments from friends of friends. One of my friends will post an article about race or the very real fears that mothers of children of color have, and their friends (some of whom I do not know) will comment that the boys and men in question could have done something to avoid their untimely deaths.

If you believe that Tamir Rice, Michael Brown, Eric Garner, and hundreds of other men, women, and boys of color deserved their deaths, if you think their executions were somehow justified, then you are a part of the problem. At best, you’re naive. At worst, you’re racist, even if you won’t acknowledge that you are. You are the reason I am scared out of my mind for my son. You are the reason mothers, fathers, grandparents, sisters, brothers – anyone who loves a person of color – live in fear that their loved ones will die at the hands of the law enforcement officials who are supposed to protect them.

If you’re someone who sees the hashtag #blacklivesmatter and respond with #alllivesmatter, you are in denial. Sure, all lives matter. But there are still too many people – and you may be among them – who believe that, the darker the skin, the less the life matters. We do not live in a post-racial society. It pains me to say that race does matter, the color of one’s skin does make a difference. It absolutely should not be that way, but it is.

I don’t know how to change that. At this point, all I have are words. Open your mind. Stop being so damn defensive every time someone brings up white privilege. No one expects you to feel guilty for being white, but maybe don’t feel like you’re being persecuted when someone points out that the white man who shot more than 70 people in a movie theater was arrested, while the black kid who had a toy gun in a park was shot without any warning.

If you want to “unfriend” me after this, that’s your prerogative. Instead, I hope you would consider that you might, just possibly, be wrong. Read some of the excellent pieces about race, paying special attention to the words of people of color who live this every day of their lives. In other words, get your head out of your ass, acknowledge that this country has a problem, and become part of the solution.

3 thoughts on “Message to My Facebook Friends (Actually, Mostly Friends of Friends) That Is Too Long for Facebook”