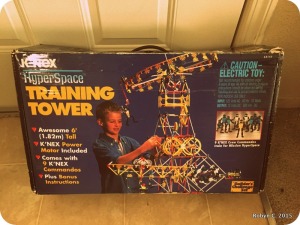 Flash back to last year: We knew we were moving to the North Bay. A friend forwarded me a notice about the Just Between Friends sale. It sounded awesome! But it happened at a bad time for us, so I couldn’t go.

Flash back to spring time: I saw an ad for the Just Between Friends sale on Facebook. I “liked” it. I had some things I wanted to sell, so I became a consignor. I went to drop my wares off at the Sonoma County Fairgrounds… and I was amazed!

The ginormous building was full to bursting with Good Stuff™. Clothes were organized neatly in racks based on gender and size. Toys were spread out on several tables, categorized by type – Trains, Dolls, Action Figures, Legos, and so on. There was a large area full of strollers, a section for bikes and wheeled conveyances, and a sizable furniture collection. Anything you could ever possibly want for a child aged 0 to 10 was available. It was immense! I later learned that there were 500 consignors and 100,000 individually tagged items.

I was able to go to the consignor’s presale the next day. (Consignors get in a day early. Volunteers get in a few hours before consignors.) I saw people with wagons. I thought that was funny. I soon realized how smart those people were. 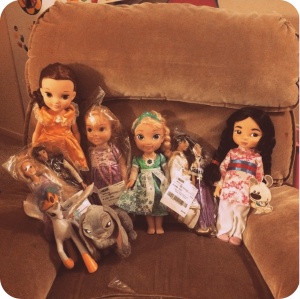 I made a beeline for the Disney table. I found Aladdin & Jasmine, Rapunzel & Flynn, a Mulan Animator’s Collection doll, a toddler Belle doll, a toddler Ariel doll, a toddler Rapunzel doll, and a singing toddler Elsa doll, all like new, all reasonably priced. My second stop was the costume rack, where a size 5/6 Belle costume, with shoes, was available for $30. This was the $85.00 Disney Store costume, mind you, not the Target knock off. Sadly, the Legos were already depleted by the time I got there. But, I found a K’Nex HyperSpace Training Tower for $20, as well as two smaller Lego sets that had never been opened. I was shopping for Christmas in April.

After the toy tables, I made my way to the clothes. I searched 4 & 5 for anything Disney Princess. I searched 8 for uniforms for Jackson. (What is with boys and ripped up knees? What are they doing?) I checked out the shoes – not a lot for boys in larger sizes, naturally, but a treasure trove for girls in any size. I snagged two pairs of Skechers light up shoes and a pair of PowerPuff Girl sandals. 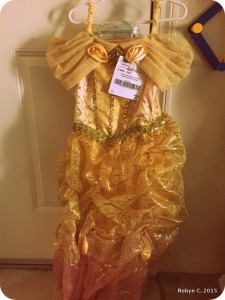 Those people with the wagons definitely had the right idea.

By the end of the night, I had spent just over $300. All of the clothes, I simply gave to my children. The toys went into the Christmas gift bin in my closet. Even with all of the toys I was able to get for Cassie, I still have money left in the Christmas budget for her.

I got home and Instagrammed Cassie’s haul.

And I immediately began planning for the next Just Between Friends sale.

When is it? October 15 through 18 at the Sonoma County Fairgrounds.

Disclosure: I did not get paid for this blog post. I do, however, get to go to the sale one hour earlier than the consignors for the presale.

2 thoughts on “Just Between Friends – The Best Shopping Ever!”